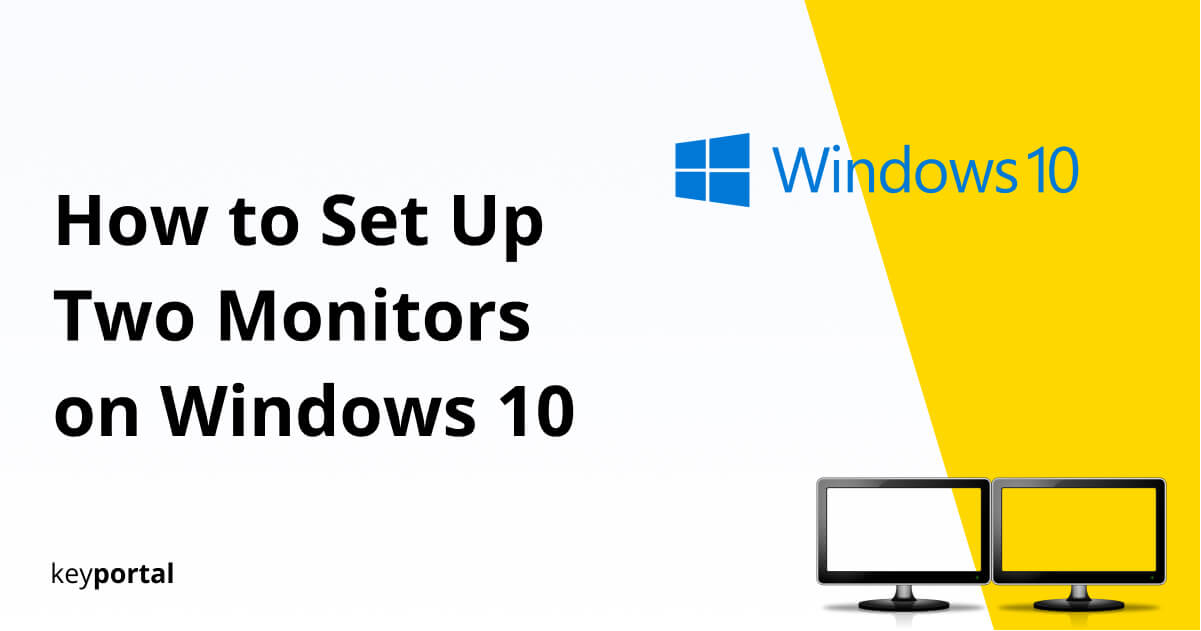 You don’t know how to set up two monitors on Windows 10? Once you have the pleasure of an additional screen, you will not want to miss this privilege again. Whether at work or for multitasking on different video portals, two monitors promise an enormous relief on Windows 10. Generally, the USB port also allows for an uncomplicated use without extra software and provides basic functions out of the box.

However, in order to connect and set up two monitors on Windows 10, certain requirements must be met:

What do You Need for a Second Monitor?

Check your hardware. A desktop PC usually has the critical outputs on the back of the case. Look for interfaces for HDMI, DisplayPort and DVI (sometimes also VGA). You’ll often find them in the middle of your graphics card or further up if the PC has an integrated GPU.

You connect two monitors to it. For example, you can sort pictures on one screen and create a video on the other with your Windows 10 video editor. You can also control the ports of a laptop accordingly, which are usually on the side. Modern devices with USB-C or Thunderbolt 3 can also use these connections to set up a second monitor.

How to Set Up Two Monitors on Windows 10?

In order to learn how to set up two monitors on Windows 10, you have to observe various settings. The steps described below apply to both Windows 10 Home as well as Windows 10 Pro:

So now you basically know how to set up two monitors on Windows 10. It is important that the arrangement you have chosen corresponds to the real position. If you move the mouse to the right out of the screen, the pointer should also reappear in this direction. The screen with the number 1 is also the one that is activated first when booting up and displays the lock screen.

Essential for using a second monitor are the modes for displaying the content. You can also find these in the Display Settings under Displays, under Multiple Screens:

If you are satisfied with your settings, you can make some final adjustments. To do this, navigate to the Scaling and Arrangement item in the same Display Menu. Here you can modify the size of the text overlays and applications. That’s how to set up two monitors on Windows 10! You can now work with something like Microsoft Office on both screens. Even the Windows 10 clipboard copies content from here to there without any problems.