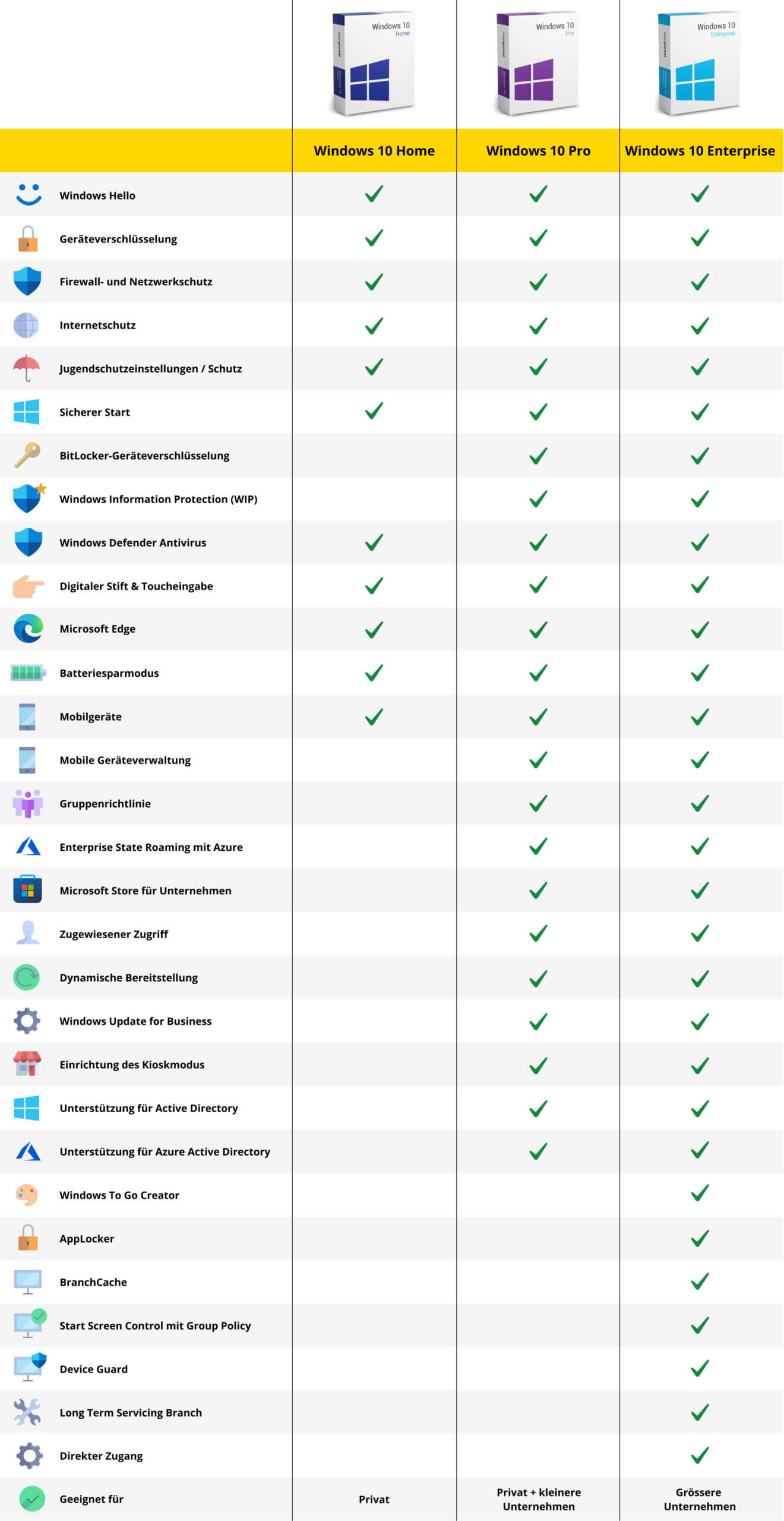 Windows 10 was able to conquer the world of PCs like hardly any other operating system before and inspire private individuals as well as companies at the same time. While Microsoft’s software was still available as a free upgrade for quite some time when it was released in July 2015, you now need an official license. You can find one here in the keyportal store. If you are still using an older device that has seen better days, we recommend a compatibility check beforehand. This way you can make sure that your computer meets all requirements before you buy Windows 10. But don’t worry, by now the potent operating system runs almost everywhere. So it’s no wonder that Windows 10 is the world’s lone frontrunner with a market share of over 60 percent. MacOS only follows in third place, behind the outdated Windows 7.

Innovations and tried and tested features

Windows 10 is a clear update to its predecessors. The first thing that catches the eye is the modern Start menu, which finally combines clarity with a sleek look again. All Windows 8 users can breathe a sigh of relief – you no longer have to reactivate the classic design. The (often unjustly scorned) Internet Explorer has also been developed further and is available as Microsoft Edge after the Windows 10 download. The voice assistant Cortana, which now also works on Android and iOS, is not completely new, but it has been improved all around. However, these features only give a foretaste of the scope of Windows 10. Set up virtual machines, dive into Windows Mixed Reality, set viewpoints or simply enjoy the latest security updates and apps. All this is included in your Windows 10 license.

Three versions of the operating system from Microsoft form the core of the offer: Windows 10 Home, Windows 10 Pro and Windows 10 Enterprise. As the name already suggests, the composition of the Enterprise variant is aimed specifically at companies or larger organizations. Features like Direct Access or the AppLocker close security gaps and make everyday office life much easier. If, on the other hand, you are looking for an update for your home office, there are two editions left. We have checked the differences as well as all advantages and disadvantages and have a detailed comparison of Windows 10 Pro and Home for you. If you decide to use the standard Windows 10 Home first, but want to have access to features like BitLocker encryption in the future, you can upgrade to Windows 10 Pro at any time without reinstalling. However, you will have to buy a separate Windows 10 Pro key.

In three simple steps to your software!

was added to the cart!