Startseite » Blog » Antivirus Test: Is Paid the Best Antivirus Software or rather the Free Virus Protection? 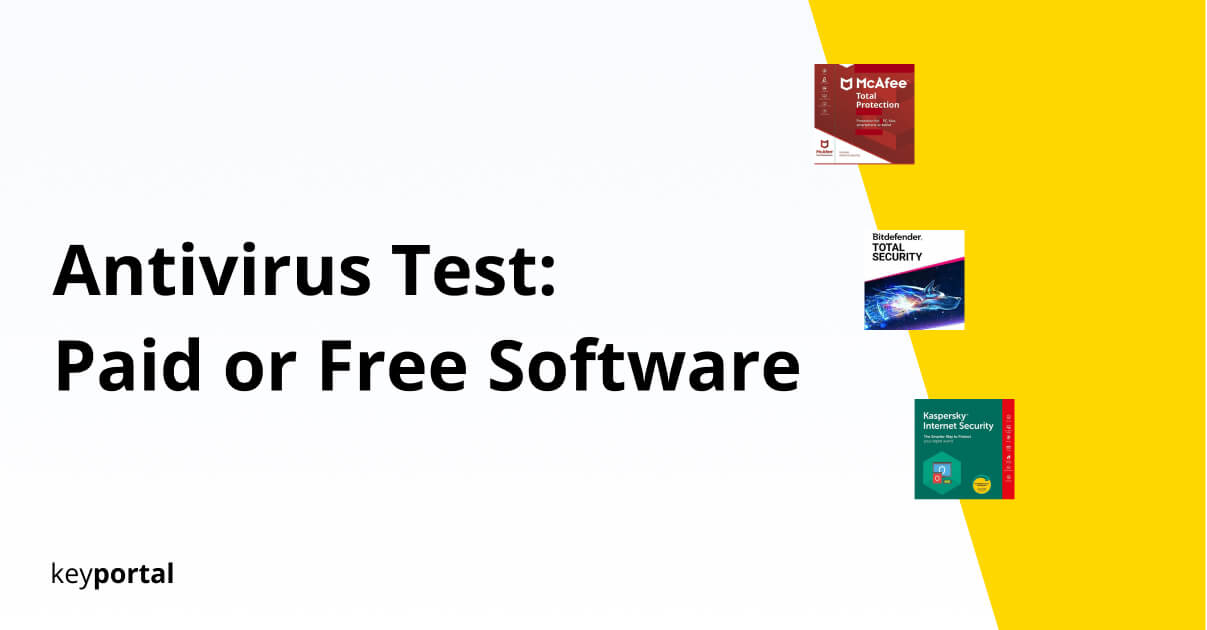 We are in an age in which even high-class software often has a free version that invites you to try it out. This is true for Office from Microsoft as well as for a multitude of the best antivirus software, whose use is often not even limited in time. Free Virus Protection? Sounds great! Rather, the paid applications come with additional features, which only an antivirus test can reveal.

With the abundance of options available on the market for protecting your PC, it is therefore worth comparing free and paid solutions with each other in an antivirus test. A few clear winners emerge in advance, which we will briefly present to you below. The choice for the best antivirus software is entirely up to you. It’s just important not to fall for fraudulent traps such as the unwanted program Segurazo for example. After all, the security of your data should always be a priority, even with free virus protection.

First, this leaves a fundamental question to be answered: Why pay for free virus protection at all? The answer lies in the business models of the providers:

When is it Worth Paying for Free Virus Protection?

Current antivirus tests quickly reveal various reasons for paying for software. The decisive factor is often the background to the intended use – do you need the program for private or business use? Most of the strong tools offer free virus protection only for non-commercial use. For example, you can use AVG AntiVirus at home for free, but in the office you are committing a crime.

For that, there is AVG Internet Security. Its extended scope underlines the second point in favor of paid programs and the question of the best antivirus software. The integrated link scanner, for example, checks websites before they are even opened in the browser. In an antivirus test, the cloud-based detection algorithms of the Business Edition, which guarantee protection for networks, also performed excellently. After all, highly sensitive professional documents are sometimes at stake here, so that certain expenses can quickly pay off.

Moreover, all payment models have one thing in common compared to free virus protection: they go hand in hand with (sometimes considerably) better service. This includes competent support that can be reached in an emergency and that can quickly ward off a potential threat. Functioning technology is the basic prerequisite for many professional successes. In the antivirus test, the contact persons not only helped to eliminate any malware that was found, but were also generally able to speed up the computer.

Which is the Best Antivirus Software for Windows 10 – Our top 3!

In our virus protection test, these three paid applications were convincing across the board. We used a desktop PC with the latest version of Windows 10 Home.

The experts at McAfee have been among the pioneers in the industry for decades. As part of Intel Security, they offer a wide range of software solutions that provide comprehensive protection for computers and networks. The flagship is certainly McAfee Total Protection, which secures you in all conceivable directions. In the antivirus test, dangerous files were reliably detected, and can therefore be completely deleted directly with the program.

After installation, you have access to the proven features of McAfee Antivirus. For example, browser protection that comes with an anti-tracking tool that frees you from all cookies. Every link or download you click on is checked by the software in real time. New for a few years now is protection for social media or messenger services, which includes your email. With this purchase, you are fully protected and own one of the best antivirus software.

Behind the slim design is a lot of computing power that relies on artificial intelligence to counter cyberattacks. Bitdefender Total Security has its own firewall, as well as parental controls and a wallet. The extensive anti-spam protection appealed in the antivirus test, as did the complete removal of ransomware. Every update seems to add more features.

The Russian software giant Kaspersky Lab should not be missing in such an antivirus test. If you are looking for a way to permanently block viruses, cryptolockers or other spyware, we recommend Kaspersky Internet Security. Hackers who sneak into your home via your webcam no longer stand a chance. Even standard online trackers can no longer view your data.

In addition, this is one of the best antivirus software with a well-thought-out security package that, apart from Windows PCs, is suitable for Macs and Android devices. In the antivirus test, all threats were detected across all platforms. If you regularly send important files over the Internet, you can encrypt them thanks to Kaspersky’s VPN. Even your online payment methods benefit from this. Numerous presets invite you to further optimize.

For a long time, the Windows Defender offered by Microsoft was considered a laughingstock by experts. Because of the frequent false positives, many users quickly got into the routine of deactivating Defender. But this assessment no longer does justice to the application, which is part of the basic Windows 10 configuration. Especially when it comes to detecting active malware, no one can beat Windows Defender in the antivirus test. How convenient that the scanner is already pre-installed.

Since Windows is still the most widespread operating system in the world, Microsoft’s OS remains the main target for criminal attacks. Especially if you only have free virus protection. Consequently, you should definitely use one of the programs presented in the antivirus test. Or one of the other solutions from our store that are some of the best antivirus software out there. However, don’t overshoot the mark, because running multiple scanners at the same time can also lead to some problems. Decide on a provider.