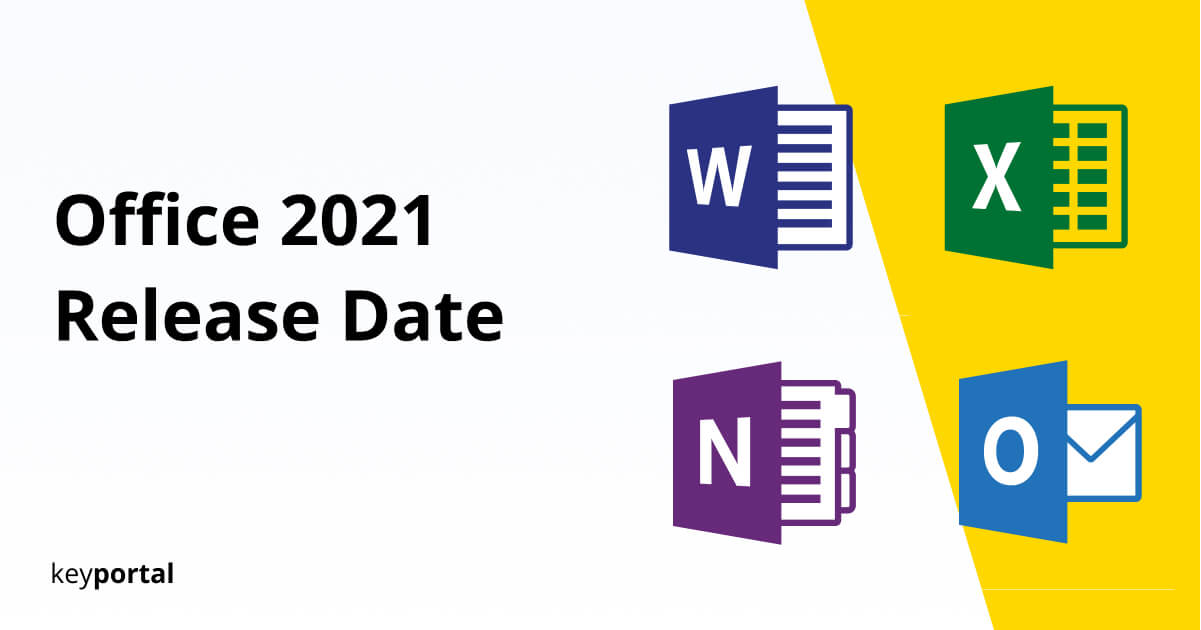 Jared Spataro, vice president of the Microsoft 365 division, recently revealed more about the planned Microsoft Office 2021 release date in the company’s official blog. It is now certain that the successor to Office 2019 will be released in the fall of 2021. The package consisting of programs like Word, Excel or Outlook is intended as an alternative to the cloud-based subscription service Office 365. While the scope of the new Office 2021 is increasingly aimed at private users or small businesses, Microsoft is also planning the release of Office LTSC, a version for large companies and public authorities.

Find out what’s behind the acronym LTSC and what other details are known about the Microsoft Office 2021 release date here. We have compiled all the information and leaks about Microsoft’s announcement.

It is certain that Microsoft Office 2021 will be available for private as well as professional users this year. All details, including the exact release date, will be announced by the developers shortly beforehand. Already at the Ignite 2020, the conference for technological innovations, Microsoft announced something similar. With the latest update concerning the Microsoft Office 2021 release date, many users can now breathe a sigh of relief: the focus on a subscription model, which in the future will be on-premises server, is only indirectly affected. Office 2021 will continue to be available as a purchase license as well as an unlimited version.

Similar to the comparison of Office 2016 and Office 2019, more and more information about the Microsoft Office 2021 release date is becoming public knowledge. What we already know:

Apart from these innovations, the content updates are largely limited to the visual level. Impressive, for example, is the improved Dark Mode of Office 2021, which you can easily activate and deactivate. First previews also reveal that in particular, Excel 2021 takes over a large part of the current features of Office 365. These include dynamic arrays and the XLOOKUP function. However, the structure of the user interfaces will not change much, so you can get started right away at the Microsoft Office 2021 release date.

Office LTSC stands for Long Term Servicing Channel, an offer that is primarily aimed at specialized companies that want to use Office 2021 on a large scale without having to worry about constant updates. Security upgrades and essential patches are of course included, but not function updates. The state of the software thus remains frozen at a certain point and can be used unchanged. This proves to be an advantage especially in commercial environments, for example when the smooth production flow of a factory has to be guaranteed. Because, as with Windows 10, an update can be incorrect.

If you plan to use the software on sensitive devices within moments of the Microsoft Office 2021 release date, which may require extensive maintenance or do not have access to the Internet at any time, then Office LTSC is just right for you and your company. With this announcement, Microsoft is also retiring the Open License program after more than 20 years. This will initially only apply to mid-sized businesses as of December 31, 2021. Non-profits and public institutions are not yet affected. This adjustment is to support the preceding Office LTSC release.

So you know about the Microsoft Office 2021 release date. We will, of course, continue to keep you up to date, especially with regard to concrete dates. With the final confirmation of Microsoft Office 2021, the price of Office only becomes more favorable. To make the switch as smooth as possible, you should already be thoroughly familiar with the features of Office 2019 Professional Plus by fall 2021. Then nothing can go wrong with the release.