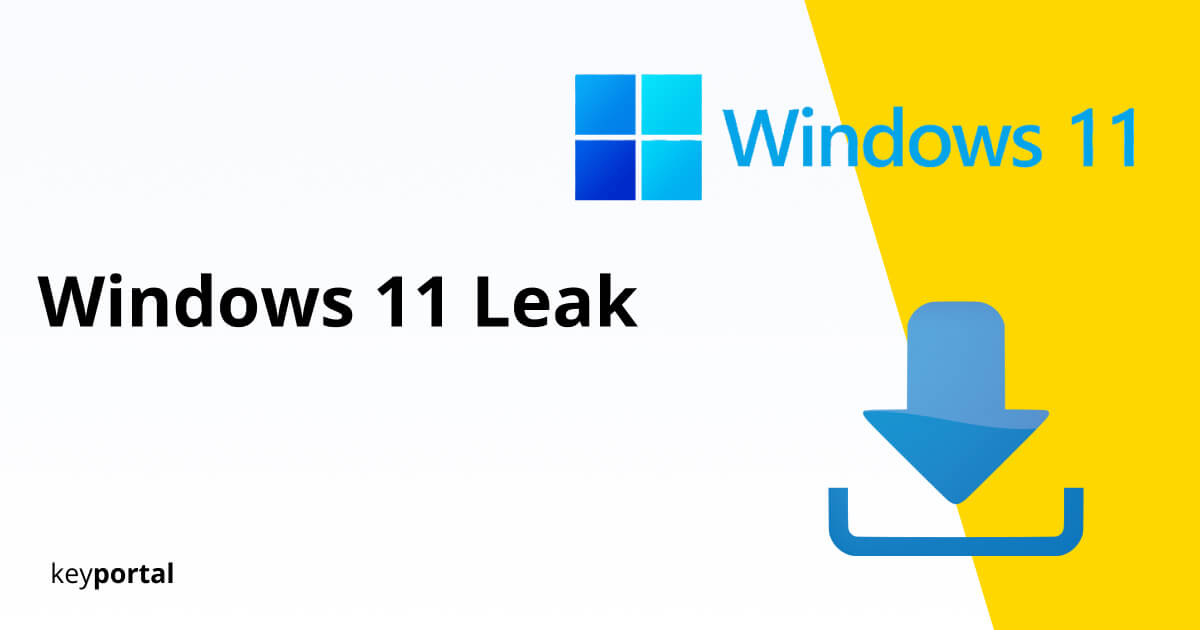 It’s about time. For a Windows 11 leak, but also just in general for a comprehensive upgrade of the operating system. Windows 10 came out back in July 2015 and still enjoys great popularity. In fact, almost two thirds of all users rely on this version from Microsoft, closely followed by the now outdated Windows 7.

Everything the Same or Ushering in the Renaissance?

After the rather puny May Update for Windows 10, it was actually already clear what was officially confirmed with the last announcement: the successor is coming. Originally, Microsoft only announced the name Windows 11 before the leak, which was previously codenamed Sun Valley.

So, those who were not a fan of the developer team’s latest decisions and prefer to rely on old designs can breathe a sigh of relief. The Windows 11 leak confirms that Windows as a Service is still in the distant future. However, it is still unclear whether a free upgrade will be possible again upon release.

A preview of the new operating system reached the Internet via a Chinese search engine. Further information from an official source will probably only be available in a few days on June 24, 2021 at 17:00 CET at the Microsoft Windows Event. Just keep an eye on our blog for more information. We’ll keep you up to date.

The Return of the Widgets

Long-time users will remember: widgets are not a revolution, but a useful addition that Microsoft supported before. Now, the Windows 11 leak shows that you can add these graphical elements to your Start Menu and your desktop again! A corresponding icon appears for this purpose. Details are unfortunately still a long time coming, but the screenshots already show some possible uses. Like on mobile devices, news updates, weather reports or current stock prices are popular.

Insiders know that this look is strongly reminiscent of the first impressions of Windows 10X. Earlier this year, it was revealed that this project no longer has a future, with resources ending up in Windows 11 instead. However, ideas like the floating Start Menu and a minimalistic design remained. By default, the menu now lands in the middle of the screen. Don’t worry: this is just an option that can be disabled.

In contrast, nothing remains of the infamous tiles of the Windows 8 era. The Windows key adapts to the design from the Windows 11 leak and ends up on the left edge again. The saved wallpapers, however, do without the new logo. Microsoft displays various recommendations under your pinned apps, which are followed by the usual controls. Nice to have: the corners of the Windows 11 Start Menu now are rounded.

The problem child of the Windows 10 Search is finally getting a modernization, it seems. The access is expanded so that you should find everything in seconds in the future. The magnifying glass remains, as does the quick search and the overview of recently used terms.

If you use several monitors or generally like to have order on the screen, you will like the improved window control. It’s even easier than before to line up different programs next to each other and move them around. Maximizing or closing an app still works at the touch of a button.

If your eyes start to water quickly, there is of course a revised Dark Mode available again. This worked excellently in the Windows 11 leak. Once in the settings, it is also worth taking a look at the system info. Windows 11 is officially listed there as usual. You can therefore assume that you will be able to purchase a Windows Pro version at the time of release.

Apart from a brand new startup sound, the installation of Windows 11 is also slightly different. The setup presents itself in a new look. Forget the Media Creation Tool and let the wizard guide you. The selection is more comprehensible and aimed at newcomers or advanced users alike. The dynamic backgrounds seem especially nice. We are looking forward to the operating system.

So when will Windows 11 be released? Probably in the fall of 2021, because even the release of Microsoft Office 2021 is not too far in the future. Whether there will be another Windows 11 leak is unlikely. It’s much more likely that Microsoft itself will reveal all the important information in the upcoming live stream. We’ll stay at it for you, take a look: